/ COMPUTING / Who Invented the Floppy Disk?

David Noble – The ‘floppy disk’ was invented by David Nobel working for IBM in 1967.

The first floppy disk was invented by a team of researchers at IBM.  The team was headed by Alan Shugart and the main designer in the team was David Noble. The professionals at IBM wanted to create a device which could store information to load microcode into the System/370 computers and for releasing software updates to customers. These floppy disks were known as ‘memory disks’ in the beginning.  The first floppy disk was 8” in diameter, it was a read-only disk which held 80 kilobytes of data and was made of a flexible plastic material, hence the term ‘floppy disk’.  They were released commercially by IBM in 1971. 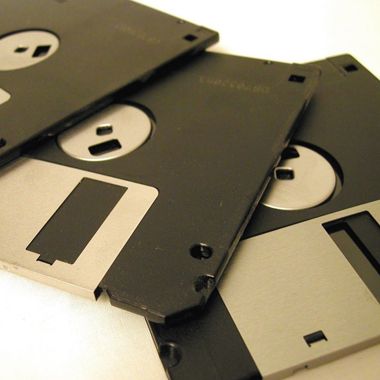 Over the next few decades the floppy disk went through a number of improvements as it slowly got smaller in size, increased its’ data storage capacity and changed in flexibility thus making it more reliable and robust for data storage.  So the 5 ¼” disk was first released in 1976 initially storing 95.8KB of data but later increasing that to 110KB. Up to this point the disks were only single-sided.  A double-sided version was developed in 1978 known as the ‘double-density’ disk because it doubled the storage capacity to 360KB.

By the 1980’s the 3 ½” floppy disk was in use, first produced by Sony but quickly followed by other companies with slight variations.   It had an initial capacity of 360KB but again quickly developing into double-sided, double-density 720KB versions.  In 1987 a High-density (HD) format was created which enabled storage of 1.44MB (megabytes), significantly more storage than any previous disk.